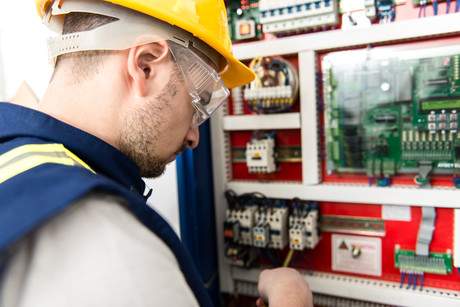 An electrical contractor has been fined $30,000 for failing to comply with section 30 of the Electrical Safety Act 2002, to ensure his business or undertaking was conducted in a way which was electrically safe. The failure exposed a person to a risk of death or serious injury.

On 13 July 2018, a worker employed by a company installing edge protection on the roof of a shed in Gatton, in the Lockyer Valley region of Queensland, for the defendant, sustained serious electrical injuries when the metal rail he was holding contacted a high-voltage overhead power line.

At a hearing in the Brisbane Magistrates Court, the defendant was fined $30,000, plus court costs of just over $1600. No conviction was recorded.

SafeWork SA has reminded businesses of the risks of electric shock, after two separate electric...

Unlicensed electricians in Queensland could be facing heavy fines, as the Queensland Government...

A 37-year-old electrician has died while working under a house in Croydon, Melbourne. WorkSafe...

Polyethylene: new catalyst breaks it down to boost value

Pringles can set for eco makeover

Mandatory face masks for all in Victoria — including trades